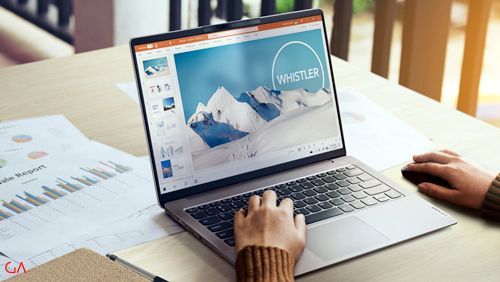 Indonesian consumers are starting to look at premium laptops as a must-have device. Previously, laptop users in the country preferred to use low-end or lower-middle products.

“The shift to premium computers is starting to increase in Indonesia. Intel previously saw Indonesia as a low-end computer market, but things have changed,” said Cekiel Danielson, Director of Consumer Sales, Intel Corporation Asia Pacific at the launch of the 12th Gen Intel® Core™ and Intel® Evo in Jakarta, “43 percent of devices sold in Indonesia now is a premium device. This figure has increased significantly from year to year over the last four years,” he added.

The laptop market in Indonesia is also considered to continue to grow, especially because the population of Indonesia is very large so that the potential of this market can still be maximized.

In Southeast Asia, sales of premium laptops in Indonesia have given a good signal and are starting to appear competitive with neighboring countries. However, when compared to Singapore which has a more mature market or Thailand which has the largest gaming market in Southeast Asia, even in Asia, Indonesia is still quite behind.

“I would say [Indonesia] has great potential and Indonesia so far has experienced an increase in PC penetration of up to 40 percent,” said Cekiel.

“This figure is a significant increase over the last few years,” he continued.

Apart from switching to more premium laptops, computer (PC) users in Indonesia are also said to have experienced a rapid increase during the Covid-19 pandemic. In 2019, only 20 percent of computer users use their devices every day.

This is because almost all activities such as studying, working, and playing games during the pandemic have turned to digital devices which have made computer use drastically increase.

“The pandemic has changed all parts of our lives, such as work from home, learn from home, games from home. It has a lot of impact on everything we do,” said Cekiel.

“PCs have become an important part of people’s digital lives,” he added.

Work and Study
On the other hand, users in Indonesia mostly use their laptops to study and work. Launching the Indonesia Baik website, the data was obtained through a survey of 2,121 respondents.